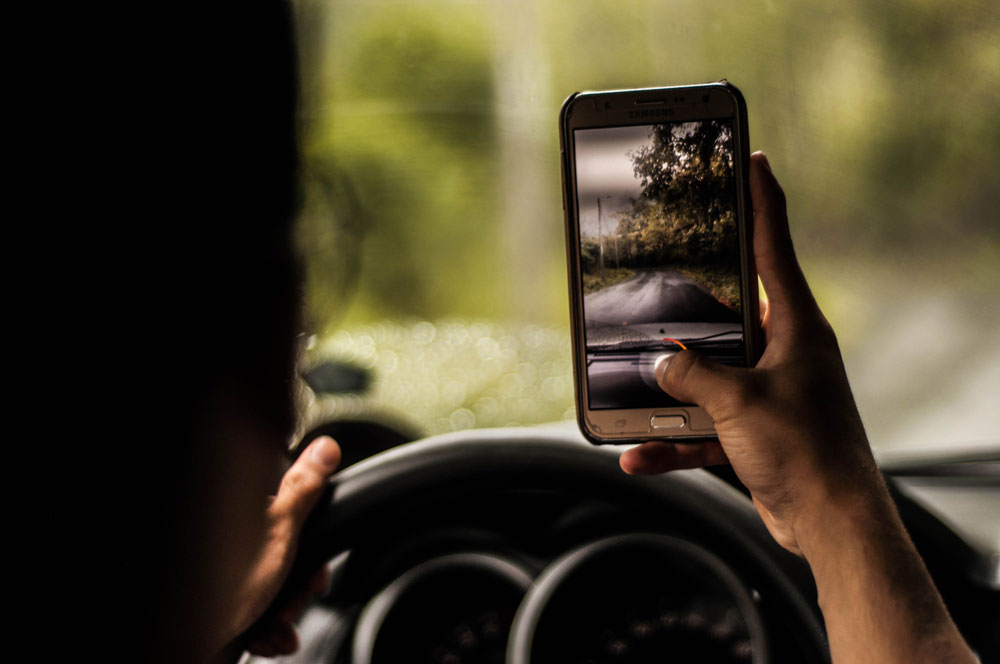 The new mobile phone driving laws explain what will happen if you get caught using your mobile phone while driving. In Queensland expect to be hit with a hefty fine, $1,000 to be exact. It doesn’t stop there either, you’ll lose 4 demerit points to boot. The new penalties came into effect in Queensland on the 1st February 2020, as the states government cracks down on driving home the message that using your phone illegally while driving, is just as dangerous as drink driving.

“On average 25 people are killed and 1235 seriously injured each year on Queensland roads as a result of crashes where driver distraction played a part”.

Holding your phone in your hand to talk or text, answer an incoming call or dialling an outgoing call, switching the phone on or off or performing any other function on your phone such as checking google maps you or your social media accounts is deemed an illegal offence and if caught you will be penalised.

Think you won’t get caught?

What about Learners and P Platers?

Learners and P Platers in Queensland will be hit with even tougher penalties in the Sunshine state and risk having their licence suspended if caught just once! The message is clear, leave your phone alone.

Steps to take to prevent your phone distracting you:

The answer to this is simple, switch off your phone before you get in the car, or alternatively set your phone to ‘do not disturb’ while driving. If you are unsure of how to set up the ‘do not disturb’ feature on your phone, head to https://streetsmarts.initiatives.qld.gov.au/driver-distraction/leave-your-phone-alone for instructions.

To book a capped price car service with no surprises