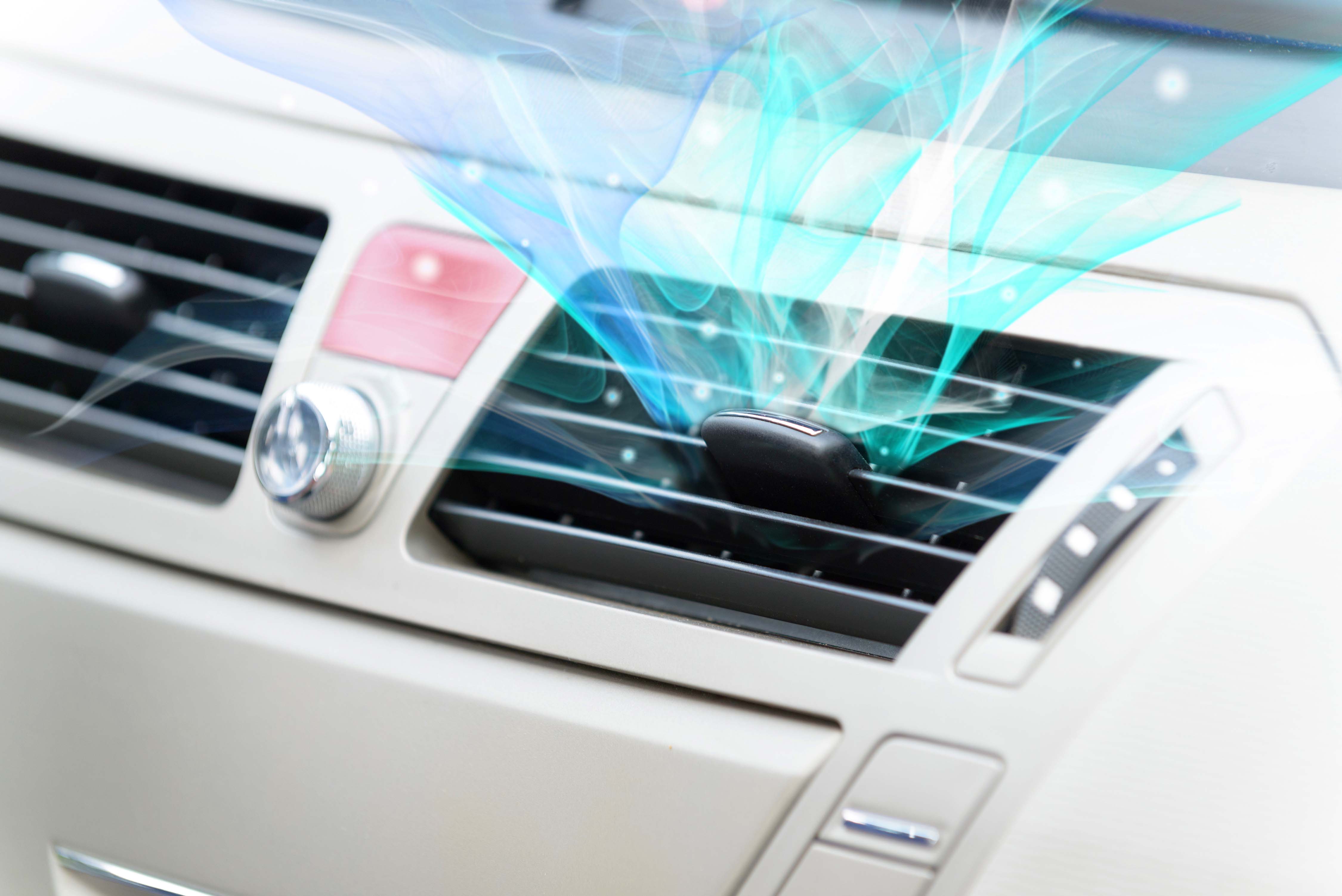 Does the smell of your air conditioning take your breath away when you blast it, rather than keep you cool?

What causes cars air con to smell and how do I get it smelling fresh again?

As the air conditioning unit dries the moist air in your car, water forms and that moisture has to go somewhere! The water drops form on the evaporator and run out to the drainpipe outside. However those water drops create a damn environment, which is perfect for breeding mildew! As mildew builds up and air passes it out of your air vents, it brings with it a funky smell.

How to fix it: Eliminate any build up of mould or mildew by spraying mildew and mould cleaner into your air vents and ensure that before you turn your engine off, ensure that you draw in fresh air instead of recirculating air in the cabin. This way any build up of moisture will be expelled.

Air conditioning units have a filter to remove allergens such as dust and pollen from the air. This filter also captures moisture, which in turns breed’s bacteria.

How to fix it: If your air con starts to smell funky, it’s time to change the filter.

This is generally a simple and inexpensive fix to that fusty smell.

If your cars air con smells funky and you can’t get rid of it, an air conditioning mechanic such as Auto Leaders can service your air con, change any filters and get it blasting fresh cool air in no time!

To book a capped price car service with no surprises